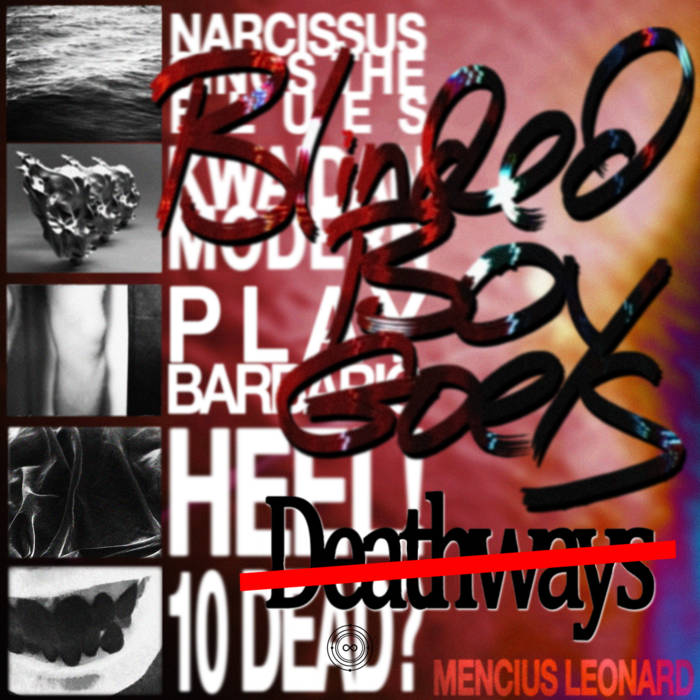 For his debut on Infinite Machine, Mencius Leonard presents Blinded Boy Goes Deathways: a suggestive EP that delves into the most visceral side of the New-York based producer with a compendium of intense compositions that fluctuate between scatterbrained electronic experiments and post-apocalyptic pop music. A provocative release full of eclectic and hellish sonic explorations that discloses the uncanny side of the common.

Pushing forward the boundaries of his previous work, Mencius Leonard takes one step aside on his ethereal and relaxing productions to reveal a more forceful and harsh aspect of his music; this release represents its mutating experience of being in a constant dialogue with inner sensibilities, a collapse of crushing sensations willing to be assumed in impending ways.

A frantic spectrum of clanging surroundings dives into complex layers of styles and references that oscillates in confrontational ways across the EP, binding together a vast number of musical influences that can be traced from japanese speedcore to punk blues.

Between the disturbing mechanical compositions and the beat-driven robotic ballads, Blinded Boy Goes Deathways explore extreme reactions to provocative transmutations. It’s an unapologetically sound piece that does not hesitate to saturate with overwhelming ambiences. An adventurous soundtrack for the end of the world.

New sounds from Mavi, Ivy Sole & Moderator, plus AJ, the One joins the show, for her latest release