Get fresh music recommendations delivered to your inbox every Friday.
We've updated our Terms of Use. You can review the changes here.

by Soft as Snow 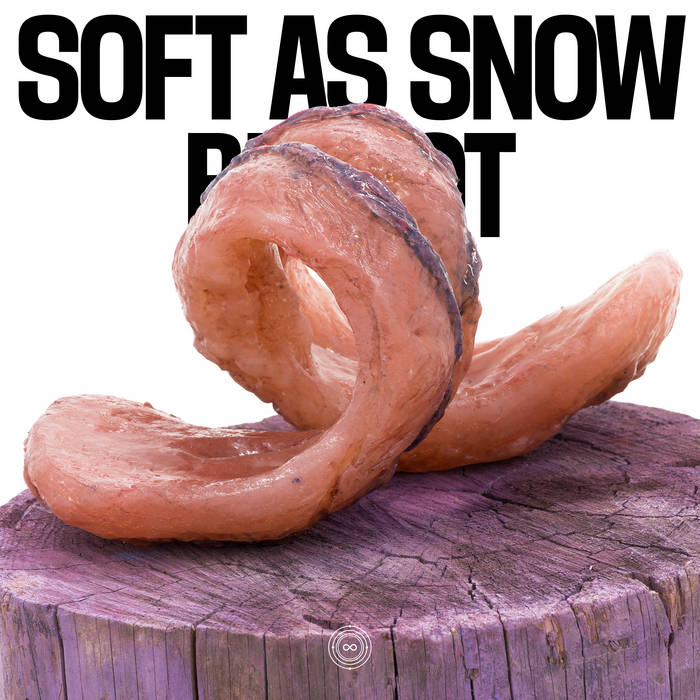 
The Norwegian-born/Berlin-based electronic duo Soft as Snow returns with their most powerful statement yet. Their second full length 'Bit Rot' perfectly captures the friction of our contemporary existence in which smooth digital surfaces are locked in conflict with messy physical realities. The crumbling of fantastic European infrastructure is mirrored by luxurious synthwave and ecstatic trance crumbling into nightmarish, corroded cyberscapes.

The songs on 'Bit Rot' create a wide variety of zones in which pleasure and discomfort come together organically and seamlessly. Even as these songs are eaten alive by oppressive atmospheres and destabilizing glitches they never lose sight of their strong melodic underpinnings. Tracks like 'Always On', 'Soft Body Hard Dreaming' and the terrifyingly intense title cut are like visits to a rave inside a paranoid microchipped brain, while 'Rubber Boy' presents electro-industrial funk sung by a caged mutant. On the more restrained tip, fluorescent ballads like 'Hollow' and 'Quiet Anger' evoke the feeling of slipping into a fugue state at an all-night convenience store. This is European nightlife imagined as biomechanical horror.

The album was mixed by Ville Haimala of fellow nordic club destroyers Amnesia Scanner, and the striking cover art features a sculpture by Norwegian artist Camilla Steinum. To further elaborate the album's themes in the visual realm the duo is creating a music video and live A/V show with 3D artist Guynoid, including a special latex suit made in collaboration with AGF Hydra. In this way, 'Bit Rot' grows beyond the album itself into a larger project exploring the fluidity of body and identity when the digital and the physical fuse as one.

Oakland producer Mejiwahn chats about his breezy and transportive LP.